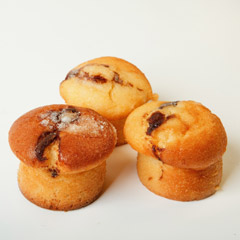 Many are traditional sweets and desserts that make up the rich culinary heritage of the region, whose range is just outstanding pastry chef. Captaining the whole, we must emphasize its importance and tradition of the famous and not least crespillos accredited pills, which can be found in many populations. The first is made ​​with the most tender leaves of borage bud, once cleaned and chopped, which are breaded in a mixture of milk, flour and egg. Fry in hot oil and when browned, drain and sprinkle with sugar. This dessert is another example of the economics of exploitation that took place Ribagorzana women.

If crespillos not lacking in the houses of the Ribagorza for carnival, when it was the traditional Christmas was, and remains today, preparing classic pills, cakes made ​​of bread dough, ie flour, yeast, water and salt, which is added egg, oil, anise and sugar. The pill has a special way: by doing so, extends a rectangle of dough, put it over chopped nuts, apples or pumpkin and then covered with another layer of dough, folding it and closing it at the edges, which are filled food choice.

Other Desserts and sweets in the region are the artisans of nougat and marzipan Graus, his Florentine and twisted, the "panadons" honey or spinach, muffins, and panellets carquinyoles Benabarre or candimus Benasque.