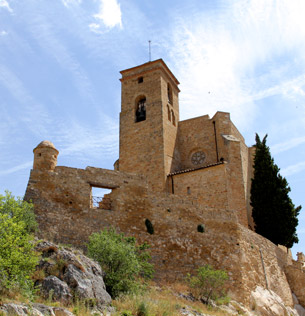 The castle's origins date back to the late tenth or early eleventh. At that time the area was under Muslim rule Benabarre. There is probably some kind of defense or fortification, although there is no time remains of this castle.

Muslim domination continues until mid-eleventh century when, after fierce battles the king Ramiro I of Aragon conquered the city, thus moving into Christian hands.

The castle-palace occupies a dominant position to control the main routes of communication that came to Benabarre and protect the territory.

These early Christians built castles in stone (although some focused on wood, perishable, so only have been indications) and confined to a walled enclosure, adapted to a strategic Tozal, from which emerged a slender tower, accompanied by very frequently by a Romanesque church.

The first church was Romanesque, was able to build at the end of s. XI. Throughout the Middle Ages the population grew, it is possible that this influenced the construction of a new church on the old Gothic style this time: The parish church of Santa Maria, which retains only the section of the feet.

Benabarre castle is perched on a limestone platform which overlooks the town of the same name. Access is signposted from the old town. 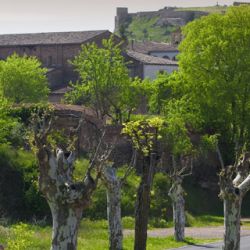 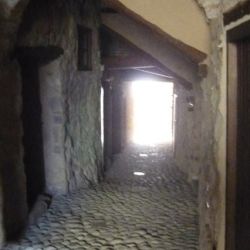 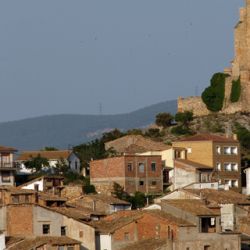 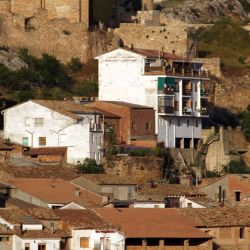 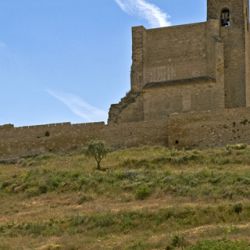 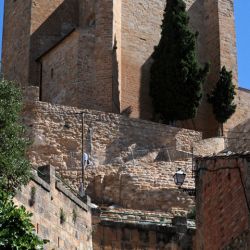 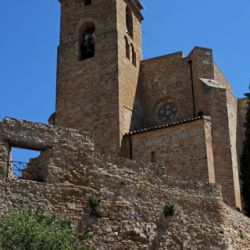 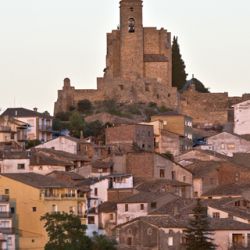