The entire fortified area of El Mon de Perarrúa consists of a series of heterogeneous elements, which have been building, modifying and overlapping between the eleventh and twentieth centuries, but that make a unified whole, both historically and in the architectural, testifying to the continued occupation of an enclave and its evolution from a military fortress religious center of a small territory. The set is housed in a long escarpment, with natural defenses on the east side and south end, making it inaccessible for those places. The first of these is protected by the remains of a high medieval tower, extended by the eastern side by a semicircular wall and a bucket that although the result of later repairs, may correspond to the original layout of the site. At the southern end of this wall is the current access to the castle, held by a covered walkway attached to the side of the abbey and parish house.

The first documented reference Perarrúa castle dating from 1017 and there is no rest for the moment, no material that allows us to go back more than that date. Coincides with the reign of Sancho el Mayor of Navarre and the oldest preserved remnants (the tower) may correspond with the time.

The Castle of The Sun rises on a hill with great visibility on the Esera valley, dominating the population Perarrúa.
A Perarrúa is accessed through a medieval bridge built in the XII century and restored in the thirteenth and eighteenth centuries. The castle is reached by a trail that starts in the middle of town, on the left, past the municipal building schools. 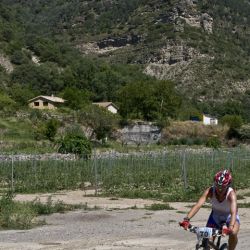 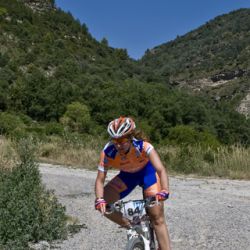